Six of our A level Business students have been working very hard since September on a new business idea, 'MotArmour' which they presented at the Academy Schools’ Award â€“ Drapers Den, in central London on 27th November 2017.

Having conducted Market Research, they came up with a suggested solution; a public protection space for Motorbikes and Mopeds. For a rental fee, owners can be satisfied with a safe space for their Motorbikes in public areas, along with an App to compliment the idea. During the preparations the students had dedicated mentors within the college and they were also coached by mentors from industry including a central London Advertising agency and BBC3.
They developed a solution to help with reducing Motorbike Theft in the UK, which has become a worrying issue in society. With 3 million pounds worth of bikes stolen each year our students came up with an invaluable and innovative start up.
The students presented their idea and held their own during questioning from the Drapers Dragons, at The Drapers Hall in Central London. Founded over 600 years ago, the Drapers’ Company is an organisation that addresses contemporary issues and strives to gain new relevance through its close work with various educational institutions.
Our students went on to win joint first place and receive a Â£2500 grant! They will be deciding what to use their prize money on in the coming months and will have their trophy sent down to the college soon. We’re very proud of their resilience and entrepreneurial spirit throughout the whole process. Watch this space for more information on how MotArmour progresses (and pictures with the trophy).
Congratulations to our winning team members: Salman Hussain, Art Hoti, Jawad Afzali, Neil Chowtie, Menelik Camobell & Ikrama Bhamjee! 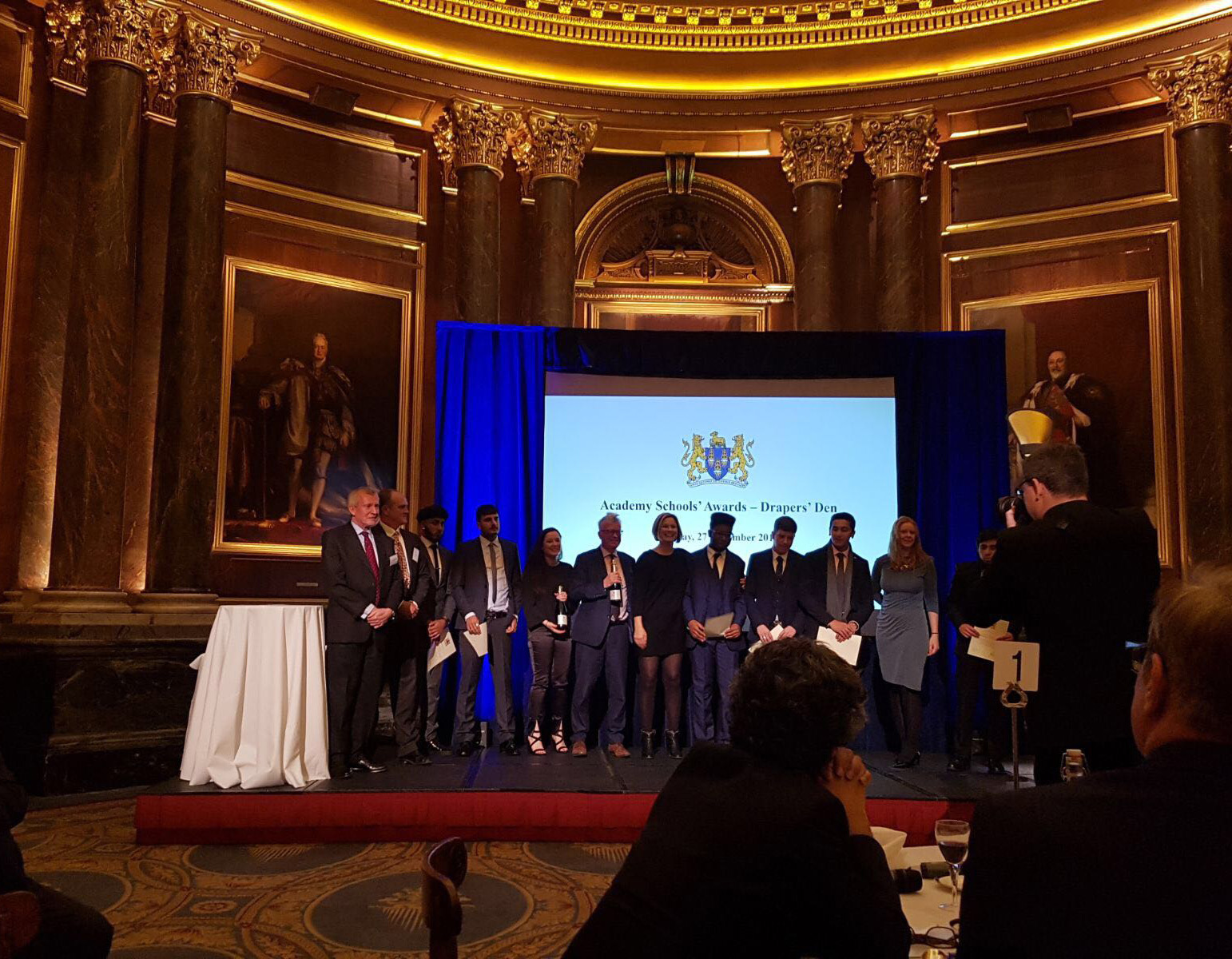 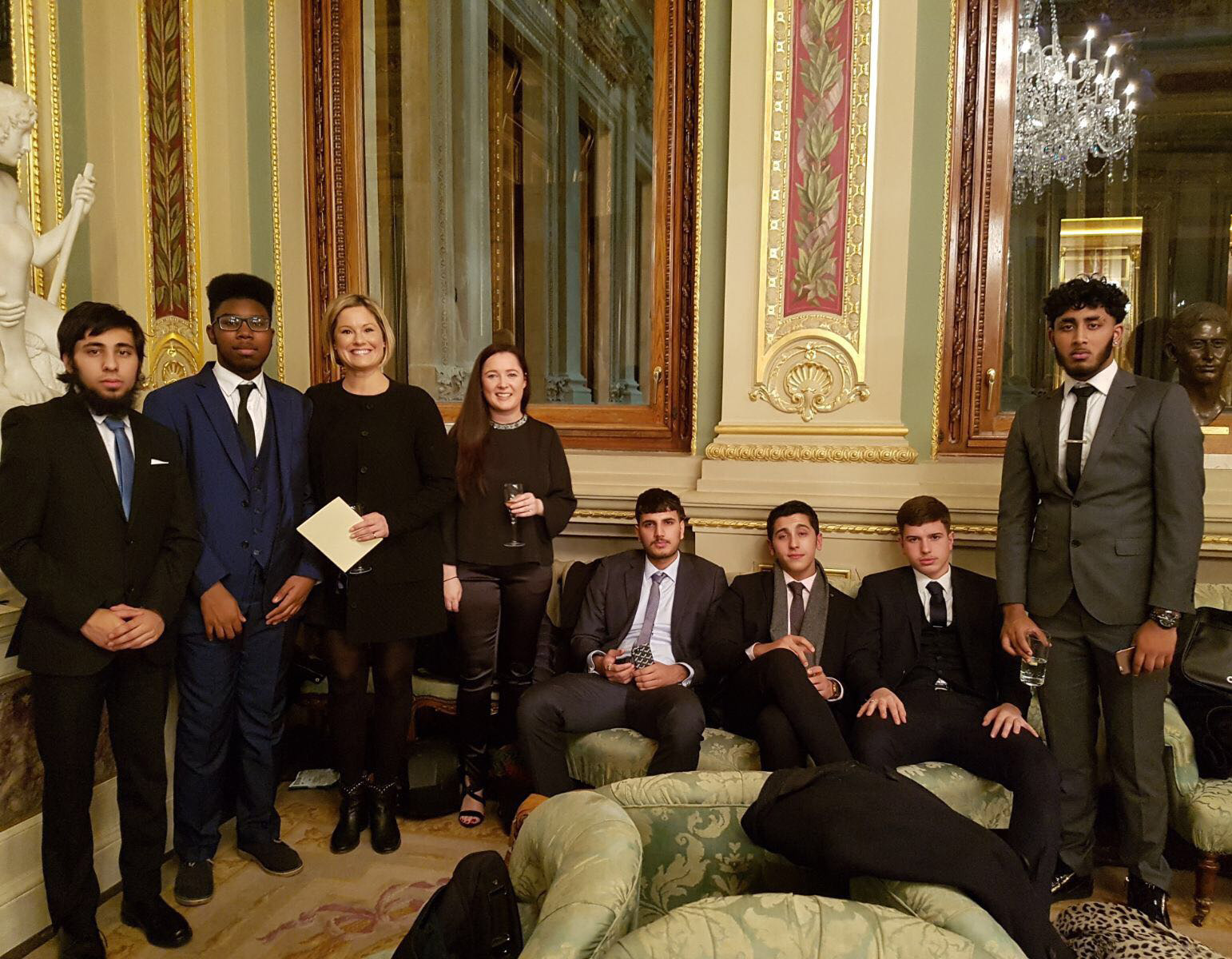 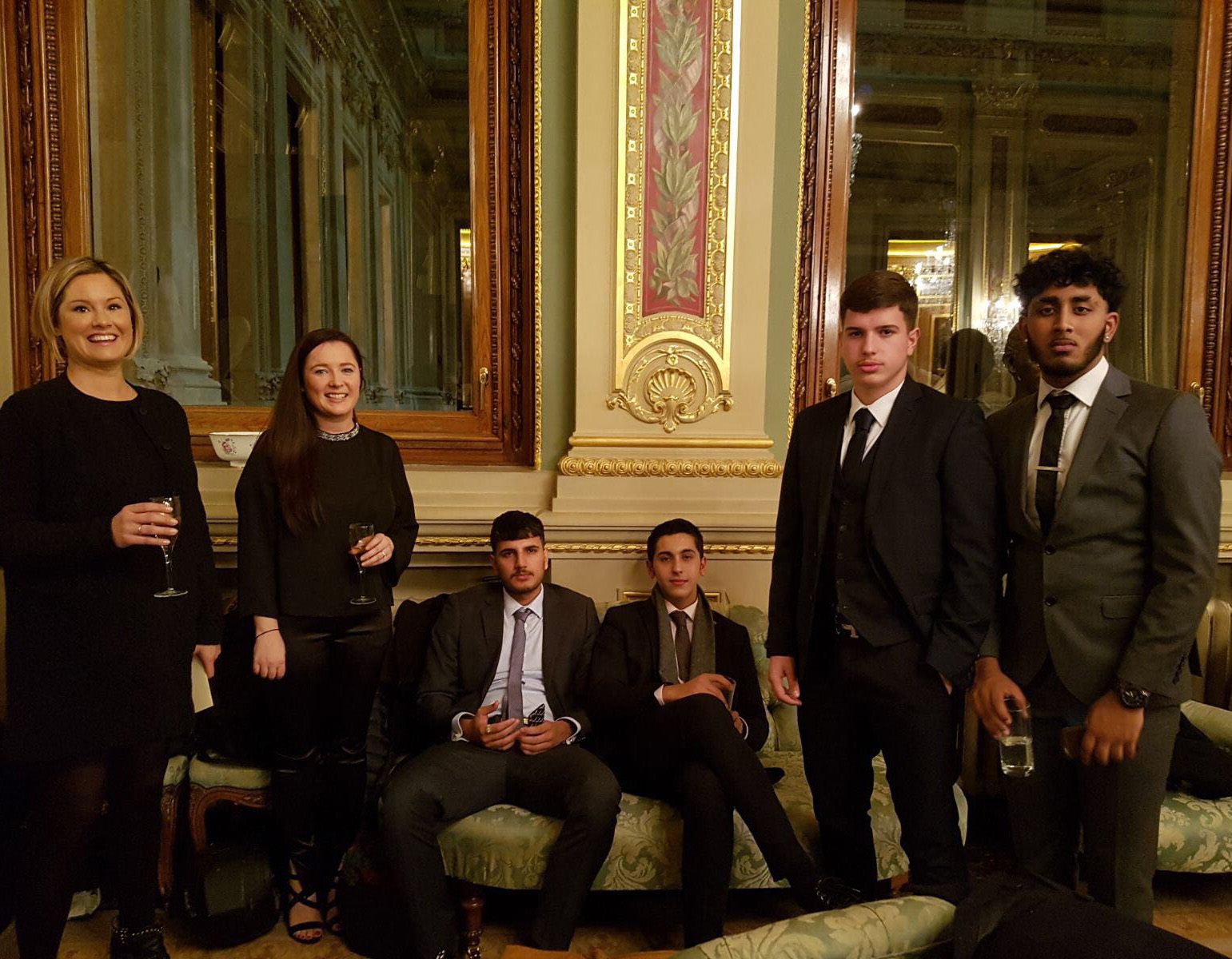